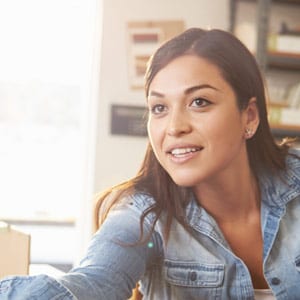 If pressed to make a list of the 100 things we want to buy, most of us would rank life insurance around 135. In other words, it wouldn’t even make the list. Let’s face it — something that forces you to think about your own mortality every time you make a premium payment doesn’t have a lot of sex appeal. In fact, when it comes to life insurance, Americans are in deep denial.

Okay, so Americans are definitely uninsured or under-insured, including many who really should rethink that status.  If you discount the percentage of people whose deaths would leave nobody financially devastated, you’re still left with a lot of people whose deaths would have a financial impact. A recent survey by New York Life found that 20% of Gen X households ages 37 to 48 don’t have life insurance policies. Those are their prime earning and child-rearing years, exactly when untimely death  could mean financial hardship for their survivors, and they know it. In fact, a LIMRA survey found that if the primary breadwinner were to die, six in 10 Gen X and Gen Y Americans said their households would suffer financially.

It’s not like these people are intentionally selfish or thoughtless. Quite the contrary. The nonprofit LIFE Foundation did a survey around Valentine’s Day a few years back and found that 83% of Americans believe that purchasing life insurance is a way to express their love for their families. Three-fourths of them would gladly give up the February 14 gifts for greater financial peace of mind. Heck, 55% would feel really loved if a significant other purchased a policy that named them as beneficiary.  So why is life insurance ownership in the U.S. at a 50-year low?

One reason is that the younger you are, the more likely you are to assume you’re invincible. This, of course, flies in the face of harsh realities like car accidents and sudden heart attacks. Another is the all-to-human tendency to procrastinate. People who are busy earning a living and raising families are focused on other priorities. They also have other things they need or want to spend money on like mortgages and car payments. They know they should be putting money away for college funds and retirement, which certain life insurance policies can help them do, but that new 54-inch flat screen TV or a vacation in Hawaii offers immediate gratification.

The confusing aspects of life insurance are another deterrent. Face it, the stuff is complicated. Consider this excerpt from The Development of Life Insurance in the United States, written in 1979:

“In 1974, a New York Times article announced that while the Bible scored 67 in a readability test, and Einstein’s relativity theory scored 18, insurance contracts scored a 10 or less. The unnecessary complexity of modern contracts certainly discourages careful reading and contributes to public apathy.”

The application process is perceived as being complicated and time-consuming, too. All that paperwork, fine print, medical exams, and figuring out how much coverage you need can be daunting and overwhelming.

Finally, people tend to  think life insurance costs more than it actually does. According to Bob Kerzner, CEO and president of LIMRA, a financial services industry group, “There’s a perception that it costs more than it does, so they think it won’t fit into their budget, even when it might.”

The truth is, life insurance has never been more affordable or flexible, and  the younger you are when you buy it, the cheaper your life insurance policy will be. New York Life spokesman William Werfelman points out that a healthy 35-year-old can buy a 20-year term policy with a $250,000 payout for about $220 a year. That’s less than you’re probably shelling out for your Grande Mocha Latte, which will only pay off in added pounds. The insurance industry is also making a real effort to make the process and policies easier and faster. So, if you’ve been putting off shopping for life insurance, now’s the time to step up to the plate. You can learn more about the various types of life insurance coverages available and get competitive quotes here. 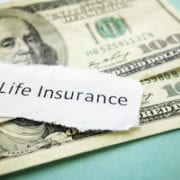 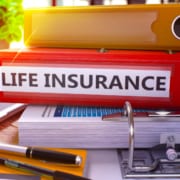 EINSURANE What Are The Principal Types Of Life Insurance?

EINSURANE Life Insurance – How Much Do I Need? 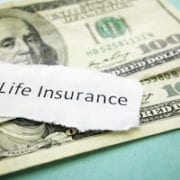 EINSURANE Life Insurance – Do I Need It?

EINSURANE Consumer Debt is on the Rise: Time to Review Your Life Insurance?