Forty years ago, 70% of U.S. households were comprised of married couples and half of those households had kids under 18. Back then, insurance companies used a standard definition for “insured” when issuing a homeowners policy. It granted insured status to the policy’s designated insured and extended it to any relatives living in the household as well as anyone under 21 living there and in the care of the insured. Today, married couples make up fewer than half of all U.S. households and fewer than 25% of those have children. A household in 2010 can be a same sex or opposite, domestic partnership, adult siblings or totally unrelated people who live together. While the U.S. Census Bureau has recognized this shift, not all the companies that issue homeowners insurance policies have caught up with current trends. That can be a problem when you’re looking for homeowners insurance quotes. Here are some things you need to know.

Ownership matters. If both of you are on the deed, you’ll have a far better chance of getting a homeowners’ policy at the same rate offered to married couples.

If only one of you is on the deed, despite your declarations of undying devotion, the insurance company is going to view you as a higher risk for filing claims. From their actuarially-driven point of view, your partner/roommate doesn’t have an owner’s motivation to lock up, turn off the range burners and not throw wild, crazy parties. In fact, as far as the insurance company is concerned, unless somebody’s name is on the deed, he or she has the same status as a houseguest. In other words, any property damage they cause or losses they sustain are not covered by your homeowner’s policy. If you own the property jointly, make sure you have a joint deed. If you’re the sole owner of the property, check with the insurance company to see if your partner/roommate can be added as an occupant. If not, your partner/roommate should buy a renters’ insurance policy to cover his or her valuables. And you should consider additional liability insurance in case the object of your undying devotion decides to sue you when he or she falls down the stairs during a drunken party.

The good news is that times and policies are changing. The American Association of Insurance Services, an advisory organization that develops policy forms, manual rules and rating information for more than 600 property and casualty companies, has been working to change how insurers apply homeowners insurance coverage to accommodate America’s shifting household composition. 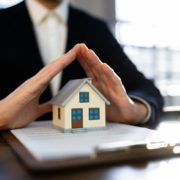 EINSURANCE Which is Better Homeowners Insurance: All Risk or Named Peril? 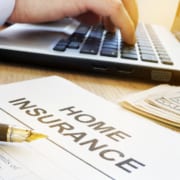 EINSURANCE Save on Homeowners Insurance: Avoid These Winter Safety Hazards

EINSURANCE All About Vacant Property Insurance

EINSURANCE Homeowners Liability Insurance Exclusions – What’s NOT in Your Policy?

EINSURANCE Save on Your Homeowners Insurance with Holiday Theft Prevention