Round-the-clock media coverage for Hurricane Irene focused on the potential destruction the winds would cause from Florida to the Canadian border. Extraordinary intervention by state and federal governments kept loss of life to a minimum. But nothing could prevent the devastation caused by the flooding that followed in Irene’s wake. Although potential flooding received little media attention initially, it is now all over the news. If you’re a homeowner, you may see your homeowner’s insurance rates increase as a result. Flood insurance, if you have it or try to obtain it post-Irene, is going to go up, too. Where hurricane coverage is required (in high-risk states including Texas, Louisiana and Florida, which have eliminated windstorm coverage from standard policies), the deductible willdoubtless go up, as well.

The Smart Money Report column in the August 30 Wall Street Journal reported there will be “some 100,000 insurance claims covering as much as $4 billion in damages” resulting from Irene. Along with the prospect of higher premiums and higher deductibles, the column says homeowners can also look forward to longer
waits for claims processing as insurers hash out what is wind damage and what is flood damage. If you’re affected, your best course of action is to file early, keep receipts from emergency damage repair and alternate living expenses, and have repair estimates from a reputable, licensed contractor ready to show the adjuster.

Another post-Irene casualty may be owners of flood policies issued by the National Flood Insurance Programs (NFIP). The source of flood insurance coverage for most American homes and businesses is set to expire at the end of September 2011. Premiums, which are heavily subsidized by the federal government (and by extension, you the taxpayer), currently average around $600 a year. Unable to agree on a much-needed overhaul of the program, the U.S. Congress will likely call for another temporary extension of NFIP, the next in a series of short-term fixes enacted since 2008. What remains to be seen is whether the insured will end up with the Senate’s version, the House of Representative’s version or a mash-up of the two. The House wants to allow premiums to rise up to 20% a year to lessen the risk to all taxpayers. The Senate wants rates to rise up to 15% a year and for all of the program’s existing debt to be forgiven. The insurance industry is crossing its fingers (and lobbying hard) to get some kind of long-term solution for NFIP because
cancellation of the program would put pressure on private insurers to pick up the flood insurance slack, a proposition they see as a big money loser.

In the meantime, the National Oceanic and Atmospheric Administration has predicted six major hurricanes for the 2011 North Atlantic hurricane season, which runs through November. Stay tuned. EINSURANCE Save on Homeowners Insurance with Green Discounts

EINSURANCE Insuring Your Kid’s Dorm Room on Your Homeowners Policy 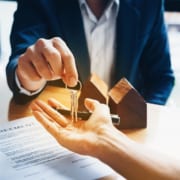 EINSURANCE What is Landlord Insurance and What Kind of Coverage Do You Need?

EINSURANCE For Cheaper Homeowners Insurance, Make Sure Your Home Isn’t an Insurance Nightmare